The 12th class results are coming one by one. Today was the results of students who studied in the commerce stream. Of our 36 students 20 scored First Division and 16 in Second Division. Excellent work!!! Congratulations to students and teachers for the reward for their hard work
Posted by swami jasraj puri at 5:04 AM 9 comments:

Another year at our school has passed in the blink of an eye.
The year ended on a high note with our Principal, Shree SL Ojha, receiving the “Dronacharya” award for outstanding educational work from Udaipur University. It is a big award with people from all over Rajasthan being nominated and more than 30, 000 people at the awards day. It is just reward for his dedication to teaching throughout his whole life. Perhaps the greatest sign of his success is that he was nominated by students of his from 10-15 years ago who still remember his work. Congratulations Principal Sahab!!!
The highlights of the year have been many. Science students winning competitions, sports success, students getting in the merit lists in exams, our 12th class students getting admission into highly prized courses such as medicine and engineering, Sanskrit students winning prizes…. The list goes on. But the real highlights were the harmony between the students, the concentration, unity and dedication of the staff and the joy of the primary students as the proudly showed everyone who had time to look just how much they had progressed throughout the year.
And, as my grandfather used to say, “in my book” the top highlight was a small but significant one. The other day I saw one girl from third class who had quite a severe hair lip, which was stopping her from being able to speak and eat properly. She had had two operations which had failed on it and was now eight years old, her family having given up. This year after a lot of talking we convinced the family to try again and found a great doctor, Dr Aagvani from Jodhpur, an expert in hair lip surgery, who did the job. Why I write about it is because when I saw her two days ago I couldn’t see the scar and immediately thought “ the success of that operation has to be the highlight of the year.”
Another favourite from the year was when Yashoda taught Avatarpuri and Rajendra Puri knitting. They loved it and a few days later I saw Avatarpuri gliding past on his “rip stick” – a funny modern skateboard – whilst  knitting a scarf at the same time – THAT is multitasking!!
To all those who supported us during the year from all over the world thank you endlessly. We had sponsors for school buses, furniture, computers, library books and somehow the miracle workers who run the Gyan Putra scheme managed to find enough sponsors for the 548 students who have scholarships in the scheme. For the statisticians amongst you we had 1263 students in school this year, 357 of them girls and 105 boys in the hostel.  In College we had 96 students, 49 girls and 47 boys.
We were  lucky to have some great volunteer teachers during the year. Thanks to Yashoda and Mark  who contribute so much not just to the students but also to educating the teachers, bringing colour and joy to the classroom. Lorena from Chile gave the girls a chance to practice speaking English even when the school day ended, Rodney taught the kids how to speak proper ‘stralian slang English pronunciashun and my Mum who I hardly saw when she was in Jadan because she was always in primary school giving stickers and checking notebooks!!
In the coming weeks we look forward to getting the results of our first batch of Commerce students, who finished 12th class this year. The results of all the students are eagerly awaited by the end of May. We are also starting up a new course in College ( Bachelor of Computer Applications) which will cater to the demand of students throughout the area and double the number of students in the first year of College. And in school we already have the daily line of parents and students coming for admission, which will go on now until July!
Once again thanks to all for your continuing support and looking forward to see all the students again on the 27th June for another year of joyous learning opportunities.
Posted by swami jasraj puri at 12:48 AM 4 comments: 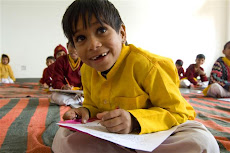 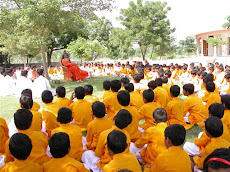 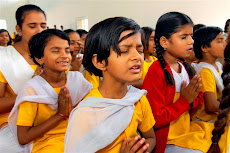 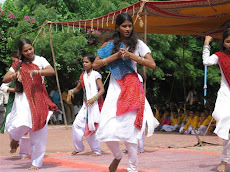 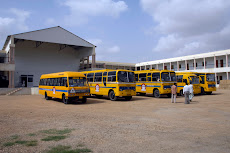 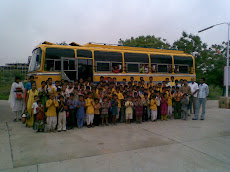 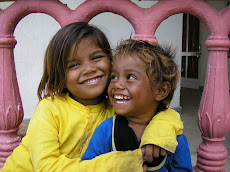 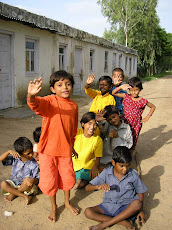 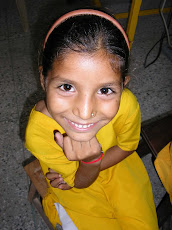 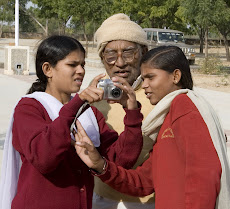 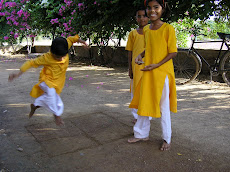 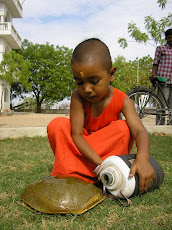 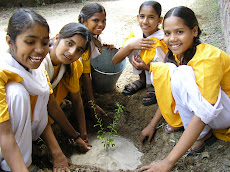 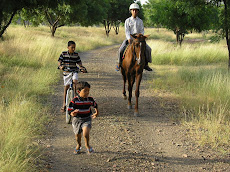